Holiday Films welcomes one of the hottest up-and-coming Canadian directors, Didier Charette to our roster. Fresh off his latest repositioning campaign for Via Rail – Love the Way, and two quintessentially Canadian spots for McDonald’s featuring Montreal Canadiens captain, Shea Weber and goaltending legend, Martin Brodeur competing against horses; Charette is primed and ready for more breakthrough creative to come his way.

FUN FACTS – attempting to convince William Shatner to eat poutine, having Ron Jeremy play «La Marseillaise» on a harmonica and also almost being shot by the police when they stormed in on the set of an armed robbery scene in a flower store thinking it was real.

“Double shooting, food shooting, bilingual kids casting, Didier managed it all with professionalism, quick responses, creative solutions and empathy throughout the entire production process. From the original treatment through to final edits, he was a great collaborator and I would welcome the opportunity to work with him again!”

1) When did you first think you might want to become a filmmaker?
DC: I’ve always had this abstract idea, this dream of making films. Growing up, my uncle had video stores near Hawkesbury, my dad would help him and I would spend days there watching all kinds of films in the back store fantasizing on the idea of making my own. It’s only while attending University that I picked up cameras and figured out it could be possible to make this into a real job.

2) As a director, describe your ultimate dream project?
DC: A project that would be shot in space.

3) You are fully bilingual, what advantage does that give you for narrative style work?
DC: It’s great when your crew speaks one language and your cast another, it allows you to talk to actors freely while talking to the other departments in another language so the technical doesn’t get mixed up with emotions. The way I see this is both languages offer different things, for me, French is the language of emotions and English is the technical language. I like being able to switch from one to another. It’s interesting, when I’m double shooting, sometimes the script is the same, but they need to be delivered completely differently to work. It’s like the French versions seem to need a little more theatricality where the English versions are toned down.

4) You create strong characters in your work. How do you go about envisioning them and why are they so important?
DC: My characters are everything, they are the motor of the projects that I’m involved with. Before working with actors, I’ve done a lot of documentary projects, so I started working with real people, they all had amazing stories to be told and I always wanted to know a lot about their struggles and identities before being able to decide on how to shoot them. My approach with actors is now really similar, I trick my brain into thinking they’re real people with real stories and that I need to tell their stories accurately. What I do is I come up with backstories and goals for actors and I try to talk to them as much as possible, I’m really communicative with them. I’ve always been drawn towards outcasts and subcultures so when I come up with characters I like when they feel a little bit out of place or have a touch of surrealism.

5) Most directors have a signature style. Describe yours?
DC: Surrealistic character driven controlled-chaos. Does that make any sense?

6) What is your proudest moment, in film and in life?
DC: Growing up, I was fascinated by music videos and music television. After working for a show on indie Canadian music in Toronto, where I got to direct live music sessions with bands, I met a French-Canadian artist named Alex Nevsky who gave me my first chance at directing a music video. My proudest moment was when I got on set and we were shooting this surrealistic scene that I had written down in my bedroom, but I had a big camera, a team, costumes, set design, actors and extras, and everyone was there to help me make this happen. I instantly felt this energy and I think everyone felt it too, all my team knew that it was my first experience, so they were stoked on making that day special and it was. Looking back, even if I had no clue what I was doing, it was definitely a dream come true and also a hook for what was to come after.

7) What’s the craziest thing that ever happened to you on set?
DC: Beautiful warm summer afternoon in Montreal, we are shooting an armed robbery scene in a flower store for a music video. A couple of takes in, two police officers stormed in with their guns pointed at my DP and I with our two armed actors between us. It was horrifying, our actress Charlie couldn’t hear what the police were saying, she thought it was part of the shoot and she had a pistol in her hand. It could have been really bad. Horrifying experience.

8) Are there any rules of directing that you like to break?
DC: As much as possible, I’m always trying new things and I like to challenge the mediums that I’m working with. Coming from music videos there were never any rules that I needed to follow but as I’m growing as a filmmaker I tend to make my own set of rules in terms of cinematic language or work around recipes that I like.

9) Does your mother fully understand what you do for a living?
DC: My mother often comes to my sets and we’re really close, so I think she has a good understanding of what I do. She likes telling these stories of why she thinks I became a filmmaker and the little things I did as a kid that make her think I was made to do that job.

10) What’s the most surprising thing people don’t know about you?
DC: I know the French dubbed version of The Rock by Michael Bay by heart. 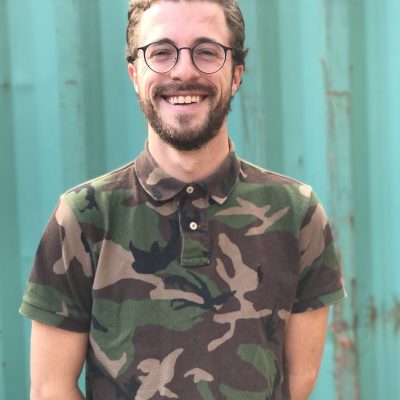 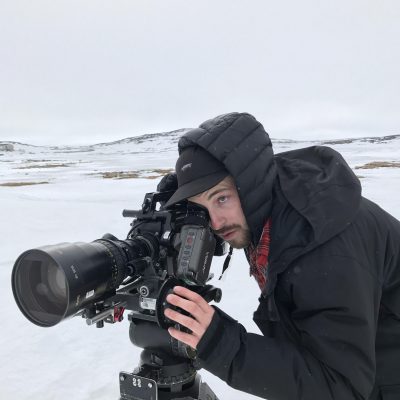 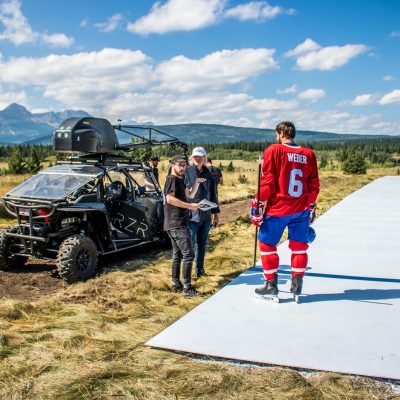